“I understand that music is a powerful, God-given tool which touches people and I greatly enjoy using my gifts to minister to listening hearts.”

“Frances Drost is a concert artist and inspirational speaker who began her own company, “Musical Creations” as a way to encourage people on their journey through life. Take years of life experiences distilled into “three-minute messages” of lyric and melody, interwoven with story-telling in between and you get the unique ministry of singer/songwriter Frances Drost. Having served for a total of over 16 years on staff as the Director of Worship at various churches, Frances brings that experience into her worship leading at conferences and churches. As a worship leader, she has shared many platforms with well-known author and Women of Faith speaker, Carol Kent. She has also shared the stage with Kay Arthur, Dee Brestin, Ruth Graham, Margaret Feinberg, Bonnie Keen and Ellie Lofaro. Frances has also been featured as a guest on the Chris Fabry Live Radio Show. Frances is also a songwriter for Songs Of Love – a nonprofit organization that connects songwriters with terminally ill children. She has composed and recorded hundreds of songs for the families with their child as the star of the song.”

Tell us about your family and where you grew up, Frances?

I grew up on a farm outside of the town of Newville, PA. I’m the youngest of 5 children. My brother, Nathan, who was one and a half years older than me drowned in our farm pond when I was six months old. My oldest brother (half-brother) was killed in a farm accident when I was seven. My mother’s first husband was killed in a silo accident leaving her with a 7 month old son and that son was the one killed later when he was twenty-six and I was seven. Those two deaths have had a huge impact on my family and on my life.

I have two living siblings that I adore! My brother is a world renown aerial photographer and my sister works with her husband in their business in Canada. She’s a new grandma and completely in love with her little granddaughter. Of course, I’m in love with my great niece!!

My father was a farmer and a chemist and taught chemistry at Messiah College as well as working as a chemist for AMP Inc. in Harrisburg, PA. He had a rather interesting blend of love for farming and love for math. I didn’t get the brains for math, but I somehow got the genes for music. 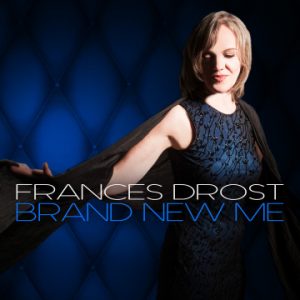 My earliest musical memory would be of creating little programs for my family in our farmhouse living room. I would play the piano and my nieces would dance to the music.

Who are your musical influences?

Our home was very conservative and I come from a long family history of Brethren in Christ traditions. We weren’t allowed to listen to much music, except for classical and I attended a conservative high school (80% Mennonite) who didn’t believe in instruments at the time. I lived a very sheltered life so my musical influences are not normal. Ha! In fact, my producer in Nashville (well, everybody in Nashville) still can’t believe how few famous musicians I know.  BUT, that being said, I now love Michael W. Smith, Nicole Nordeman, Enya and many others that I’m getting to know.

How did you become a touring artist?

I began writing music in 1993 after a very special encounter with God (I was saved as a young girl – but this was a unique experience) and once my husband realized I was writing music, he encouraged me to sing those songs instead of everyone else’s. I was pretty shy about singing my own songs, but once I started to, it seemed that they really touched people. I don’t think it was because they were such great songs, but because they were authentic and people love that.

My Pastor began recommending me to other places and my platform kept growing. Since then, I’ve worked hard to hone the craft of writing and performing and it has grown mainly by word of mouth.

Do you write your own music?

Wow – that’s hard. There are many, but one of the highlights would be at my Portraits of White winter concert in 2015 when we did it at Parmer Hall at Messiah College. We had a local high school drum line as the feature in the song The Little Drummer Boy and it was so amazing that the crowd stood for a standing ovation for a very long time. We could all feel how much that song/arrangement had touched people and we all just savored the moment. There’s more to the story, but that’s all that’s needed for now.

How has music helped you in your life journey?

Michael W. Smith is my all-time favorite and I guess you’d say his music has been a big encouragement to me as a Christian and as a musician. I love to worship God with my music and bring others into that same experience as I share music with others.

When you play for people, what is it you most hope they experience?

My mission statement for music is to offer HOPE! Using Humor, Original songs, Personal Story and Encouragement. I write what I experience and I think in sharing those personal stories and songs with people, they realize they are not alone in their Christian walk because we all face struggles and challenges.

What is your songwriting process? Do you write alone? Co-write? Hear melodies in your sleep?

I mainly write songs alone, but not necessarily because I want to. It’s just that I live in a little one-red-light-town and though I’m trying to develop a community of songwriters locally, it’s taking a while and so most of the time I write alone. I have definitely done some co-writing with some people in Nashville and I really, really love doing that. It takes time to develop the kind of relationships with such talented folks as the Nashville songwriters, but over time I’ve built a little network of people that I do write with from time to time. Someday I’d like to live in Nashville just to write songs with other people, but God won’t let me for now. Ha!!  So I drive back and forth as much as possible and keep building friendships. I often say my heart lives in Nashville, but my body lives in Newville and the only difference between Newville and Nashville is…well, 600 miles, three letters and a WHOLE lot more.

But truthfully, I started out writing on my own and have continued to do that. I often hear melodies and lyrics all at the same time but as I’ve pursued songwriting more seriously, I’ve learned to write from perspiration AND inspiration. I’ve written hundreds of songs for terminally ill children and those with life-time disabilities through Songs of Love, a non-profit organization in New York. I love writing and producing songs for the children and that’s helping me sharpen my skills.

One time I heard a melody in my sleep and sure enough, it turned into a real song that was a pivotal song for me over the holidays, leading to the start of my Christmas album and a transformation in my own heart toward Christmas. The lyrics needed some serious re-writing, but the melody stayed true to what I heard in my dreams. That’s the only time I’ve heard a melody and lyric in a dream….at least, that I know of. I prefer to sleep at night and not be writing in my dreams. It’s hard enough to write good songs in the waking hours let alone in my sleep. LOL!

Join BNT at Calvary Church on Landis Valley Road, Lancaster, PA, on Saturday, January 12, 2019, from 2:00pm to 4:00pm for our annual BNT Tour Preview. Hear about the latest, newest tours planned for 2019 and 2020, enjoy movies, refreshments, door prizes, entertainment, and exclusive discounts offered only on our Tour Preview day. It’s fun and free!

*Finding inspiration from the intricacy of the art as she watched the young skaters whirl and fly around her, she began to fall in love with skating — in between falls. “But as I kept getting back up and trying again, a brand new me was emerging,” Drost says. “One day while skating and pondering the effects this childhood resurgence was having on me, I began composing ‘Brand New Me’:

I want to run to the edges
leap off of ledges
feel what it’s like to fly
I’m letting go of the old way
saying, hey, it’s a good day
look what I get to be
a brand new me

“I believe that no matter how hopeless a person might feel, there is always hope, and it often comes to us in the softest whispers if we pay attention,” Drost says.