And this is how you shall make it: The length of the ark shall be three hundred cubits, its width fifty cubits, and its height thirty cubits.

HOW big did you say? According to the Bible, Noah, his family, and every animal species inhabited 300 cubits of Ark, with a width at 50 cubits and height at 30 cubits. So, what exactly is a cubit? “A cubit is an ancient measurement of length based on the distance from the elbow to the tip of the longest finger.”1 That leaves a little wiggle room for interpretation. In fact, the cubit varies in length according to location and “tribes.” In Egypt, a cubic is 17.5 inches, but for Babylonian Royals it’s 19.8 inches, and 20.6 inches for Egyptian Royals. Noah’s cubit is uncertain, and probably longer: 19.8-20.6 inches. His ark measured approximately 510 feet long and 50 feet tall. That’s over four stories high! Imagine over 500 semi-truck trailers of space. A standard livestock trailer holds about 250 sheep, and Noah’s Ark could have held at least 120,000 sheep. But, we know he only needed two of each “kind” for his mission.

On July 7, 2016, The Ark Encounter opened to visitors. BNT travelers were among the first to visit Noah’s world. This one-of-a-kind park is an historically-themed, immersion experience with live performances, special events, and “edu-tainment” for the whole family. The park is located in Williamstown, Kentucky, just forty miles from downtown Cincinnati, Ohio, and forty-five minutes from The Creation Museum. Both attractions are visions of “Answers in Genesis” co-founder Ken Ham.

The first phase of the park’s development focuses on the construction of a true-to-life ark just as Noah was instructed to build. Over 3.3 million board feet have been used in the project. Why is this team building an ark? “Through the construction of a massive life-size Noah’s Ark, the Ark Encounter will be presenting America and other nations with a reminder about the Bible’s account of the Ark—and the historicity of the entire Bible.”2

As one of the largest “green” construction projects in the country, the vision for The Ark Encounter is expansive, and yet environmentally friendly, implementing the latest technologies. Future phases of the park will include daily live mammal, bird, and entertainment shows, interactive children areas, and themed restaurants. Ark officials expect close to two million visitors the first year.

The Creation Museum is another family-friendly stop on BNT’s “The Creation Museum & The Ark Encounter” tour offered several times this year. The mission? “The Answers in Genesis Creation Museum is a one-of-a-kind, high-tech museum, filled with animatronic displays (e.g., moving dinosaurs), striking videos, a state-of-the-art planetarium, Special Effects Theater, etc., that is spread out over 60,000 square feet, incorporating up to 40-foot ceilings to contain some of its massive exhibits.”

The museum features a visual presentation of the “Seven C’s of History” according to Scripture: Creation, Corruption, Catastrophe, Confusion, Christ, Cross, and Consummation.

Designer Patrick Marsh: the creator of the King Kong and Jaws exhibits at Universal Studios

A mini-Grand Canyon exhibit with video evidence from the Mount St. Helens’ eruption

A cave with stalactites and stalagmites

Two miles of nature trails zigzagging around a three-acre lake

Who is Ken Ham? 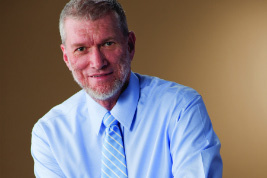 Ken Ham is the president and co-founder of Answers in Genesis, an apologetics ministry upholding the authority of the Bible from the first verse. The visionary behind the popular, high-tech Creation Museum, and the Ark Encounter, Ham is also a best-selling author, popular speaker, and host of a daily radio feature on 850-plus stations. Ham, a native of Australia, earned a Bachelor’s Degree in Applied Science from the Queensland Institute of Technology and a diploma of education at the University of Queensland in Brisbane.”1

Visit The Creation Museum and The Ark Encounter online: