Drive through the Black Forest (Schwarzwald), tour Nuremberg, tour the Old Town of Passau, stop at Oberndorf, the birthplace of the carol, “Silent Night” and watch the highlight of our tour, the “Passion Play” in Oberammergau, Germany.

Includes air and transfers, gratuities to driver and tour director

Day 2 *Following our morning arrival at the Zurich Kloten Airport, we will be met by a private motorcoach, which we’ll use throughout the tour *Travel north through an area of large farms and vineyards, we make a photo stop at the Rhine Falls, central Europe’s most impressive waterfalls Entering Germany, we drive through the Schwarzwald (Black Forest), noted for its dark forest-covered hills, mountain meadows and streams, Alpine-type houses, and the famous cuckoo clock and arrive in the small charming village of Titisee *Watch a demonstration of how the famous Black Forest cuckoo clocks are made *Explore, shop and sample famous Schwarzwald Torte (Black Forest cake), on own *Dinner and overnight in Titisee (B, D)

Day 3 *Drive through the scenic German state of Baden-Wuerttemberg, passing by Stuttgart and Heilbronn and enter the state of Bavaria, stopping in Rothenburg on the Tauber, Germany’s best preserved example of a walled medieval town Its walls and towers are almost untouched since the beginning of the 1600’s, and it survived World War II unharmed. A tour by a local guide will include views of the Town Hall, one of the finest in southern Germany, with its 165-foot tower dating from the 16th century and the Ploenline, the most picturesque and the most photographed corner in the town. Have some free time to shop, and you may want to walk around the town walls on the Wall-Walk Continue on to Nuremberg, Bavaria’s second largest city, which is located along the Main-Danube Canal Although its history dates from the year 1040, it is best-known as the area where Hitler staged his most spectacular Nazi rallies. *Dinner and overnight in Nuremberg (B, D)

Day 4 *Tour Nuremberg, with local guide,an ancient town and once a free imperial city, including views of the Town Hall; the Main Square with its 14th century Beautiful Fountain (a 60-foot stone pyramid with 40 statuettes); the Weinstadel, Henkersteg, and Unschlitthaus (the Wine Storehouse, Hangman’s Bridge, and Water Tower)— one of the most picturesque quarters in the town, and the 14th-15th century Town Walls; the Albrecht Duerer House (Germany’s famous ainter and engraver whose etching of his friend’s “praying hands” have become world-famous in the form of a sculpture) View Zeppelin Grandstand from which Hitler spoke during his rallies and the March Field, where parades were held during Germany’s Nazi era *Visit St. Sebadlus’s Church (1225-1379) and the Imperial Castle (1,152 feet above the old town where all German kings and emperors from 1050-1571 resided), having an excellent view of the city from its Watch Tower *See St. John’s Cemetery with the graves of many notable citizens of Nuremberg, including Duerer’s grave *Enjoy free time to explore this beautiful city on our own, including the Handwerkerhof (Artisans’ Courtyard), an area of narrow streets where traditional craftsmen (stained glass painters, doll makers, potters, art painters, tin founders, gold and silversmiths) have workshops in beautiful half-timbered houses. *Have dinner at a typical Nuremberg bratwurst restaurant *Dinner and overnight in Nuremberg (B, D)

Day 5 *Drive the southeast highway through the Franconian Alb, an area that is characterized by a plateau of limestone and dolomites, located between Nuremberg and Regensburg, lying to the west of the Bavaria Fores. Approaching Regensburg, the oldest city on the Danube River, we cross and/or follow the river to Passau, known as the City of Three Rivers, as here is where the Danube River is joined by the Inn River from the south, and the Ilz River coming out of the Bavarian Forest to the north. A guided tour of Passau will include the Old Town which lies on a narrow strip of land between the Danube and the Inn Rivers; St. Stephen’s Cathedral—a true masterpiece of Italian Baroque (Its organ has 17,774 pipes and is the largest church pipe organ in the world.); and the Passau Castle, where the Anabaptists (Swiss Brethren) were imprisoned in its dungeon between 1535 and 1540 and many were later martyred. It was here the core of their hymnal, the Ausbund, based on 51 hymns, was written and the Amish in North America still use it today. Its final form has more than 800 pages *Leave Passau and follow the Inn

Day 6 *River and then the Salzach River, entering Austria at Laufen with a stop in Oberndorf, the birthplace of the carol, “Silent Night.” Here, we will visit the Memorial Chapel on the site of the former Church of St. Nicholas, where the song was first sung in 1818. *Drive to Salzburg, one of Europe’s most picturesque cities *Dinner and overnight in Salzburg (B, D)

Day 7 *Meet our local guide for a walking city tour of Salzburg, including views of the towering fortress; Hohensalzburg, above the city; the Old Town, Mozart’s birthplace; the Cathedral; St. Peter’s Churchyard; and the Catacombs, early Christian prayer cells *Lunch and explore the Old Town, on own, along the famous Getreidegasse (main shopping street) *Leave Salzburg and travel to Innsbruck, a charming old-world town built mostly in Baroque style and host to the Winter Olympic Games in 1964 and 1976 *Attend a lively Tyrolean folklore show after dinner *Dinner and overnight in Innsbruck (B, D)

Day 8 *View Innsbruck’s most famous landmark, the Golden Roof, covering the stone balcony, from which Emperor Maximilian I watched strolling players in the street *Explore this historic old town on your own and/or shop along the arcaded Herzog-Friedrichstrasse, a pedestrian street in the Old Town *Lunch in Innsbruck, drive the Bergisel, a 2,460-foot mountain above Innsbruck to tour the Olympic Ski Jump and view Innsbruck lying in the wide Inn Valley below *Travel north and enter Germany, passing Garmisch-Parten-kirchen, and arriving in the lovely Bavarian village of Oberammergau, Germany, world-famous for its Passion Play and woodcarvings and located in the scenic Ammer Valley *Enjoy the many interesting shops filled with woodcarvings, dirndl dresses, lederhosen, Loden cloth hats and Hummel figurines, as well as walk along the winding streets to view or photograph the beautiful frescoes on the facades of the buildings *Dinner and overnight in Oberammergau or surrounding area. (B, D)

OBERAMMERGAU & ITS 42nd PASSION PLAY
**Today is the highlight of this tour – viewing the Passion Play. If you did not have enough time last evening to explore this Bavarian village, this morning is free for you to do so. Besides shopping and photographing the beautiful buildings, you should visit the beautiful Rococo church of Saints Peter and Paul with its Bavarian onion-dome, built in 1736—1742.

In 1633, Oberammergau was saved from the Black Plague that was ravaging Europe. As a result, the villagers made a solemn vow to re-enact the agony and crucifixion of Christ every ten years. The first performance was in 1634. The entire village takes part in this spectacle with a cast of 600 local performers, plus a chorus and orchestra. They perform on an open-air stage, while the audience sits under the roof of the theater. Although it is a German musical, it is easily understood as you watch it, but you can purchase an English booklet for the interpretation of the Play. There will be two parts to the Passion Play: The first half is in the afternoon, and the second half is in the evening.

*Dinner and overnight in Oberammergau or the surrounding area (B, D)

Day 9 *Take the German Alpine Road through the villages of Nesselwang and Immenstadt and re-enter beautiful Switzerland, passing by St. Gallen *Visit Neuschwanstein Castle, a 19th-century Bavarian Palace. We then arrive in the quaint village of Appenzell, noted for its flower-bedecked houses with gaily-decorated eaves and medieval signs hanging along the streets. The canton of Appenzell is a region where traditional arts and crafts, local costumes and ancient traditions are still alive. *Dinner and overnight in Appenzell (B, D)

Day 10 *Explore this small village on your own and shop for handcrafted items from this area Folk art paintings, Appenzeller pastry, Appenzeller cheese and those delicious Swiss chocolates are all excellent souvenirs to take along home. *Drive through the rolling countryside of the Canton of Appenzell, with its fruit trees, hay barns, farms, and the Brown Swiss cows with their bells *Visit Appenzeller Cheese Dairy in Stein *Stop at a farm outside of Gais to see hand-carved wooden items, typical of this area, being made, including the Appenzeller boedeli (wooden milk pails) *Return to Appenzell *Dinner and overnight in Appenzell (B, D)

Day 11 *Travel to the Zurich-Kloten Airport for our flight to the States, arriving at the airport for our transfer to Lancaster (B)

There are no reviews yet.

Be the first to review “2022 Oberammergau Passion Play (Germany, Austria & A Touch of Switzerland)” Cancel reply 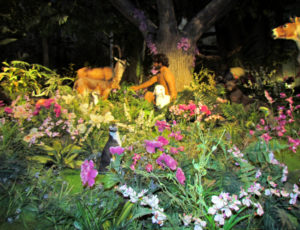 The Creation Museum & The Ark Encounter 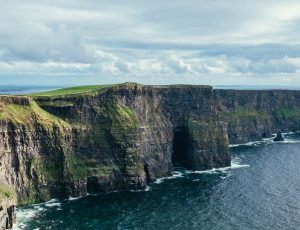 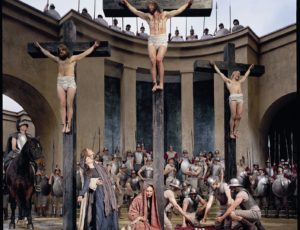 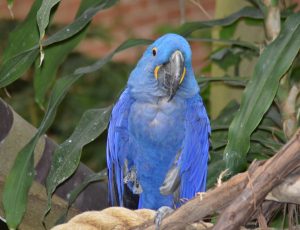 Discounts for groups of 6 or more! Give us a call.