When Visiting Hawaii, You Should Know A Few Things

When Visiting Hawaii, You Should Know A Few Things

In Hawaii, “Aloha” means “hello” and “goodbye,” right? Not exactly. Often mistaken as a greeting, calling out “aloha” is a blessing of sorts, meaning “Love, Peace, and Compassion.” Its literal meaning is “the presence of breath” or “breath of life,” and signifies a way of living in harmony. In fact, living the “Aloha Spirit” is state law! Hawaiians show respect and dignity to celebrate native cultures and honor ethnic diversities to all who come to their shores. And, travelers are hopping over to islands in increasing numbers to explore for the first time or rediscover this sumptuous, colorful paradise overflowing with natural, cultural, and historic treasures. When Hawaiians say “aloha,” they are emphasizing a way of life: the Aloha Spirit.

In March 2018, BNT will shut the door on cabin fever and return to Hawaii to bask in the abundant sunshine, ocean views, and the “Aloha Spirit.” For ten days, we’ll explore Oahu, the Big Island, and Maui roaming beaches, volcanoes, and plantations. With luminous sunsets, fragrant horticulture, unspoiled landscapes, and relaxed, happy lifestyle, our Aloha islands are irresistible.

Located on the island of Oahu, the US Park service marked the 75th anniversary of Pearl Harbor on December 7, 2016, and as recently as April, interred TBD at the World War II Valor in the Pacific National Monument. Built in 1962 “on top (but not touching) the sunken Battleship USS Arizona. (https://www.nps.gov/valr/faqs.htm. 5 June 2017).” The bombing of the ship killed 1,177 sailors and Marines on board. [A link to audio recordings here or below.]

Oahu is 597 square miles and the second oldest of the six Aloha islands. Known as “the heart of Hawaii,” it’s home to two major mountain chains with extinct shield volcanos and some of the most magnificent views of beautiful valleys and stunning mountain vistas, including the Koolau cliffs from the Nuuanu Pali Lookout. Flower watcher? Oahu’s Island Flower is the yellow llima, a popular flower for leis. Maui, “the Valley Isle,” is 729 square miles and the heart of whale watching on the Hawaiian Islands with the largest concentration of humpback whales. If you’re searching for true local flavor, you’ll find it in the quaint towns, artist communities, and “mom and pop” bakeries—besides the shimmering beaches! Maui’s Island Flower is the Lokelani, the Pink Cottage Rose. Hawaii, called “the Big Island” to avoid confusion, is almost two times the size of all the other islands combined at 4,028 square miles. Kilauea, one of the most active volcanoes in the world, is located in Hawaii Volcanoes National Park is located. The Big Island flower is the Red Lehua Ohia. 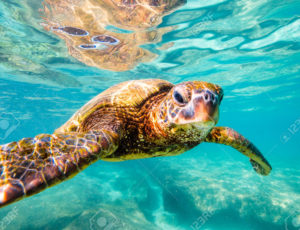 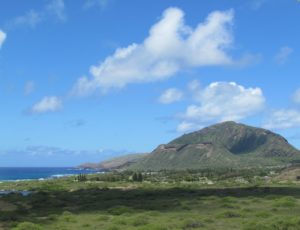 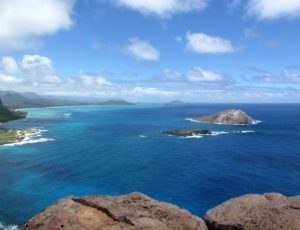 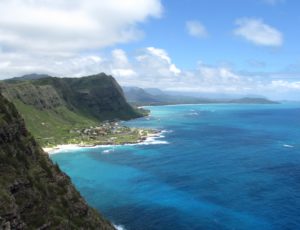 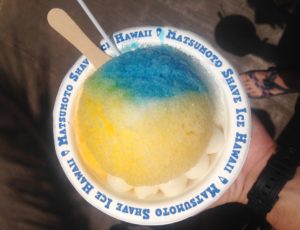 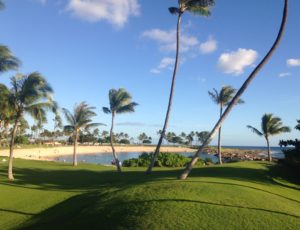 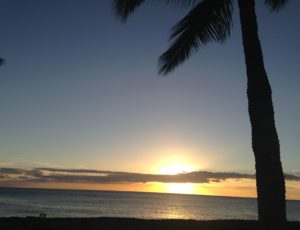 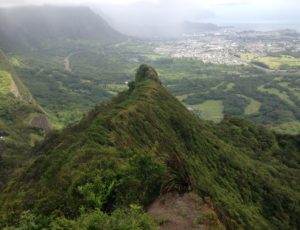 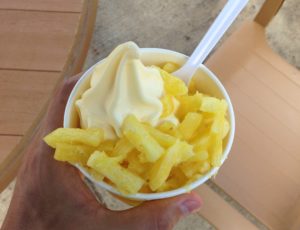 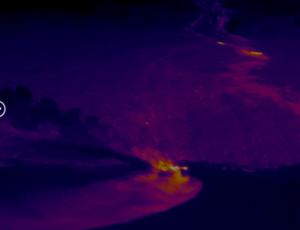 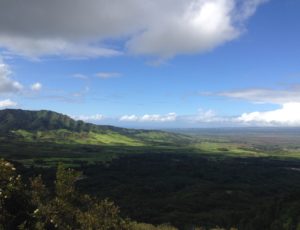 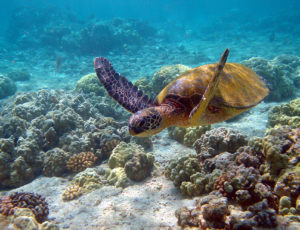 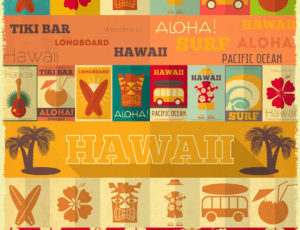 When traveling to a place with a native language different than your own, it’s good will—not to mention, good manners!—to learn a handful of important words and phrases. Here are a few native Hawaiian things to say: Ola I ka Makana ma ke Akua – “Life is a gift from God.” Akua – “God.” Aloha au ia ‘oe – “I love you.” Mahalo – “Thank you.”

Super Foods to Eat or Bring Home from the Islands

KonaRed Juice supplement made from the red fruit surrounding the coffee seed. Said to delay aging, prevent disease, and provide a mood boost!

Kukui Nut Oil – High in Vitamins A, C, and E and antioxidants, this oil is added to creams to relieve burns, eczema, dry skin, psoriasis, acne, scares and lesions.

“USGS – Hawaiian Volcano Observatory – Following the December 31, 2016, lava delta collapse at Kīlauea Volcano’s Kamokuna ocean entry, lava continued to flow into the sea without building a new lava delta, most likely because the lava was cascading down a steep offshore slope to deeper parts of the ocean. But in late March 2017, a new delta finally began to form, although it was obscured by steam during HVO’s March 30 overflight [See split photo:left]. The thermal image at right shows lava streaming into the ocean from the leading edge of the delta (bright yellow area in center of image) and the adjacent heated seawater (discolored water in the photo). It also shows the trace of the active lava tube that carries lava from the vent to the sea (right side of image)…

Kīlauea Volcano continues to erupt at its summit in Halemaʻumaʻu and at Puʻuʻōʻō on the East Rift Zone, with no significant change in either eruption. The summit lava lake was about 21.5 m (70.5 ft) below the floor of Halemaʻumaʻu crater when measured this morning. The episode 61g lava flow continues to enter the ocean at Kamokuna…These pose no threat to nearby communities. https://www.nps.gov/havo/planyourvisit/lava2.htm. 5 June 2017. 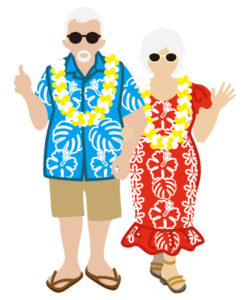 What’s the first thing you should shop for in Hawaii? A Hawaiian shirt, of course! The “Aloha Shirt” emerged in the 1920s after a University of Hawaii student had his dressmaker mother fashion a shirt from Japanese yukata cloth with bamboo and geometric shapes. It caught on with his classmates, and by the 1930s, a Chinese-Hawaiian businessman refined it to save his dry goods store, promoting it as “the local style of shirt.” Later, it entered mass production becoming a hit with off-duty service men and beach goers. It’s the perfect choice for humid island weather, and you’ll be easy to spot in a crowd—unless you’re in a crowd of colorful aloha shirts! Some things to know when island shopping. You’ll choose between the traditional and contemporary shirt. The traditional shirt is constructed of cotton or rayon, very little silk, and features an all-over Hawaiian flora or native tapa pattern in muted colors. This shirt is popular as island business wear and often tucked in. The contemporary style, or Californian, has louder colors and shapes other than flowers, like WWII aircraft, trees, and beach. These sometimes have one horizontal floral band across the chest and around the sleeves. Most people where them when they’re happy, want to feel happy, and make others feel good.

When asked if he’d be wearing one, BNT’s Bob Neff, Jr. admitted heartily, “Don’t know about anyone else, but I’ll be wearing mine if I’m the tour director!” So, make a note, Travelers!

We’re offering some exciting options if you want to explore on your own with options, including: Whale Watching, Underwater Submarine Adventure, a Rain Forest Hike, and more! We’ll hope you’ll join us when we breathe in deeply the fragrant floral air of Hawaii. Hurry to secure your spot!

Note: Daytime temps are generally in the mid-60s in Springtime.